“The Zetor” – an amazing story which started over 50 years ago…

Words by Alison Walker – whose late Father and Brother – Wallace and Adrian Facey were farmers in Liskeard and customers of Vincent Tractors & Plant. Alison’s husband Greg works with the Zetor’s current owner, Nick Strachan – pictured in all the photos below, and became enthralled by its Cornish history. Thank you for sharing Alison! 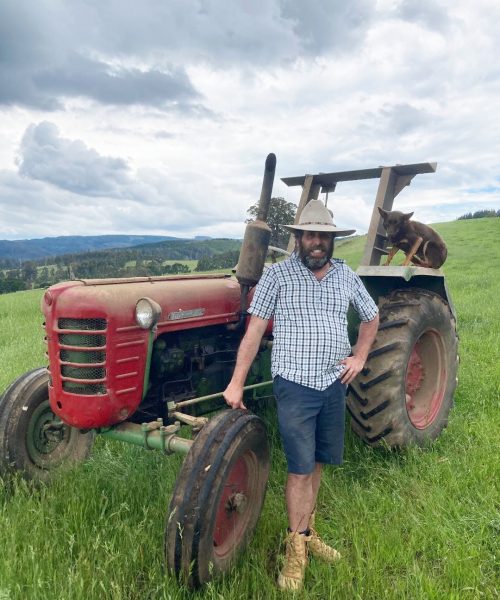 Don Sykes purchased a new Zetor tractor back in 1967/68 from Vincent Tractors in Cornwall in preparation for his family’s immigration to Australia. At the time Don was weighing up whether to buy a secondhand David Brown 950 for the same price. This was an extremely tough choice for him as he grew up in Yorkshire not far from the David Brown factory in Huddersfield and had owned several of them including a David Brown 880 – “The Brown” that he shipped to Australia with the Zetor.

He eventually decided to buy the Zetor due to it being suited to export to Australia due to the standard features such as the tractor cab, two stage clutch and the spare parts, tools and manuals that were supplied with the tractor.

The Zetor and trailer were landed in Melbourne and delivered to Frankston were Don and Betty were staying with Don’s Parents. The Zetor and trailer made it to Australia largely unscathed apart from the Zetor missing its roof, being upended at some point requiring the gearbox to be disassembled and the tools and spare parts for the potato harvester being lost. 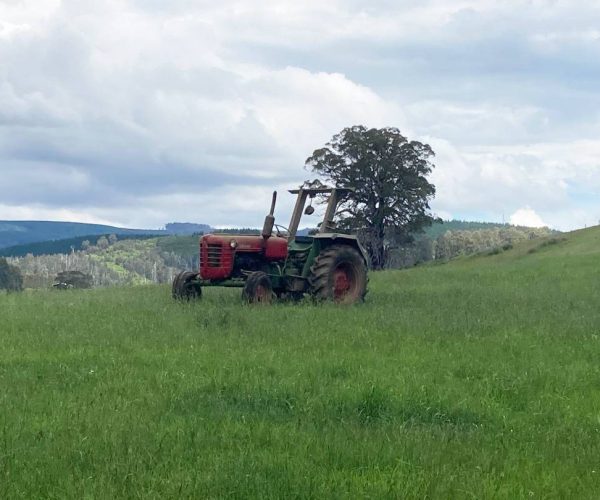 A Surprise From Cornwall…

Eventually Don and Betty found a farm and purchased it in Gippsland Victoria. The farm was located in Callignee in the Strzelecki Ranges which is some 180 Kms from Frankston. The Zetor, Brown and trailer then had to make it to Callignee. With the Zetor repaired and the Brown removed from the trailer Don set out from Frankston driving the Zetor Towing the trailer. 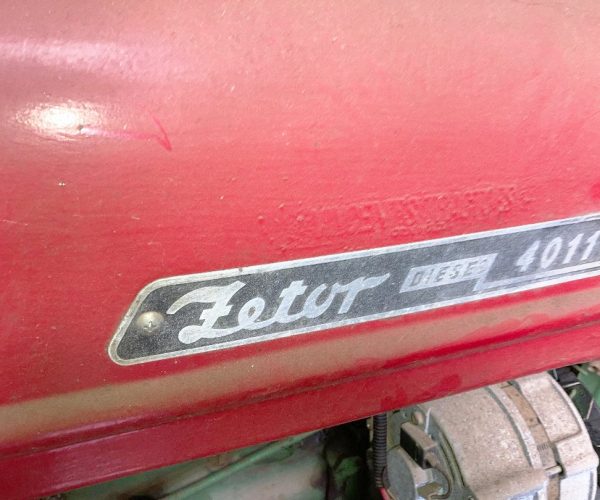 The trip to Callignee was largely uneventful apart from the following… once he was out on the open road, Don discovered what had happened to the roof. With the Zetor up to speed, the wind was able to get under the roof and lift it again, almost losing it for a second time if Don hadn’t grabbed it as it whipped off by the wind! The next scare came when Don reached Moe and the recently finished Moe bypass. At the start of the bypass a large sign proclaimed ‘No Agricultural Vehicles’. After travelling over 120KM’s he decided that he had come too far to turn back and pressed on along the freeway.

When Don reached Callignee with the Zetor he had two choices, he could take the lesser gradient and drive up to the house through the paddocks and risk getting bogged or drive up the gravel road over the hill to the house risking losing traction and getting stuck. He engaged the diff lock and with both back wheels spinning he dragged the trailer up and over the hill to the house. The Brown was then sent by rail to Morwell where Don was able to drive the 30 KM’s to the farm.

Once they had settled into the farm and started  farming, the cab was removed from the Zetor due to the steep terrain and sold. The tractor was split and a steep terrain kit installed which consisted of a longer suction pipe for the oil pump. Shortly after, the PTO shaft failed while rotary hoeing. The shaft failed where the hardening finished on the PTO spline creating a stress point. Don wrote off to Zetor explaining the failure. Zetor promptly replied stating that the component had reached the end of its serviceable life and needed to be replaced. With the tractor split again, the PTO shaft was replaced and life with the Zetor carried on. 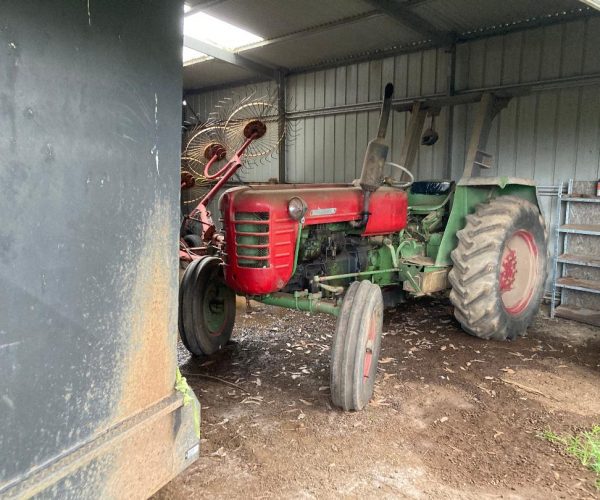 The Zetor was sold to a local doctor on a neighbouring farm. Unfortunately, whilst the Zetor was on this farm a farm worker dropped it into a sink hole on the side of a hill. Whilst trying to power the Zetor out of the hole forwards the front axle was broken. The front axle was repaired, and it was later sold. 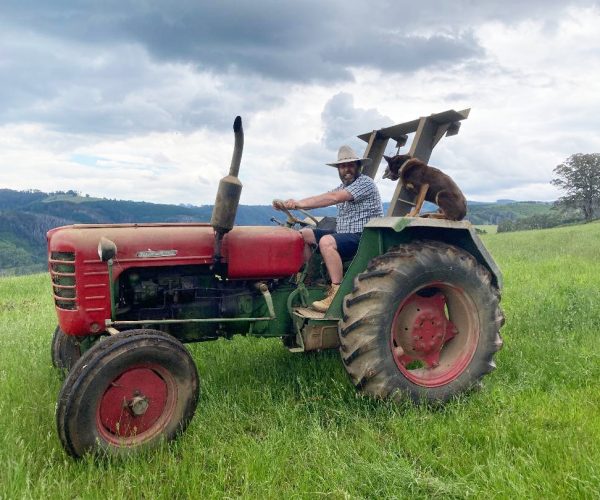 But That Wasn’t The End…

This was the last that anyone heard of the Zetor for many years until I took a closer look at a friend’s strange hand painted red and green tractor with homemade mud guards at his farm 10 kms from home. After talking with Reece about the tractor, it turned out that he had swapped an old Nufield for this tractor, a Zetor, with a farmer from Mirbo North several years earlier. After talking with Don about this Zetor over several years, I became more and more convinced that it was in fact Don’s Zetor! During this time, I tried several times to get Don to see tractor, but he always decided not to.

Finally, Reece decided to advertise the tractor for sale, unbeknown to me Don rang Reece and organised to go and see the tractor. Reece and Don agreed a price and the Zetor was back in Dons ownership. Even after Don had the Zetor home he was not 100% convinced that it was in fact his until we found the remains of the Vincent Tractors Cornwall stickers under several layers of paint on the bonnet. It turned out that the reason that Don had refrained from see the Zetor for the last few years was that he was concerned that he would make a ridiculous offer for it.

Don set about slowly fixing up the Zetor and getting it back to fully operational condition. This included fixing the steering that had never been properly aligned after the front end had been damaged. The last job that Don and the Zetor completed was to run the pasture haros behind the seed drill in 2015. Sadly, Don passed away last year leaving the Zetor to the farm where it is still used to this day. 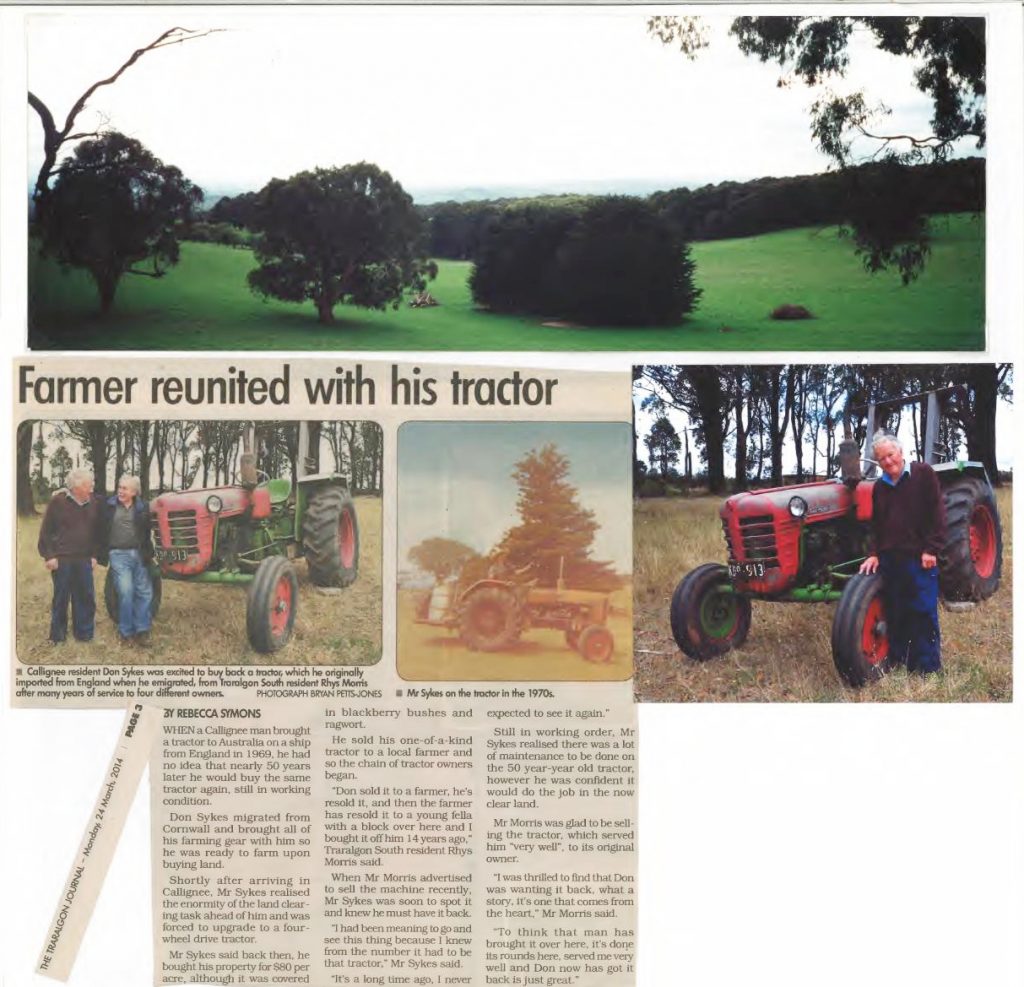